“To be able to enjoy the past means to live twice.”
Martial

High on the western slopes of the Dubrava part of the Western Rhodopa mountains, at 1020 m. altitude there is one of the national architectural legends – the village of Kovachevitsa. Built in the severe conditions of high mountain setting, with a mild Mediterranean climate with mountain influence, carried along the river Kanina that cuts in the steep slopes of the land, Kovachevitsa astounds the perception with its amazing architectural heritage. 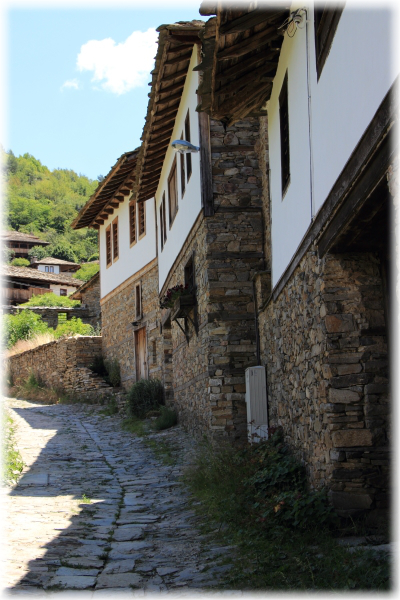 The scarce, rocky terrain has been won by each house with the real construction feat of many generations. A unique type of compact housing construction appeared with the first settlers – a regular or ensemble group of houses called “fraternal”. The dense space between them situates the narrow steep streets with original stone pavement.

The overall architectural style, which can be defined as Renaissance style is so unique that it has no analogue in Bulgarian architecture.

Since its emergence Kovatchevitsa has had not only rich historical background, but also generous nature, rich resources of the main construction materials of stone and wood, which stimulate the construction of solid, firm buildings, lasting beyond time. All the architectural details, from the stone foundations to the stone roof, covered with the famous Kovachevitsa tiles, have been created with a sense of measure and durability.

The first settlers in Kovachevitsa according to the local historic memories were refugees from the defeated by the Turks Turnovo Kingdom (1393), who were joined by emigrants from Kostur. They settled in several hamlets scattered over large distances. Another big wave of settlers is associated with the excesses of the Turkish authority in the forced conversion to Islam of the Bulgarian population. After burning down the village of Ribnovo, the survived population settled in the upper part of the present settlement, around a spring, now a large fountain called “Tziganchitza”.

The legend that has given the name of the village “Kovachevitsa” is associated with the wife of a blacksmith settler called Marco – Gina Kovachevitsa. After his death, that probably wise and strong-willed woman was sought for advice and help from many fellow villagers, so it became common to say “I’m going to Kovachevitsa” when someone was leaving from the lower to the upper hamlet – there was the blacksmith’s house. Thus the legend links the name of the village of Kovatchevitsa to authentic people, actually existed , who has been kept deep in the folk memories. 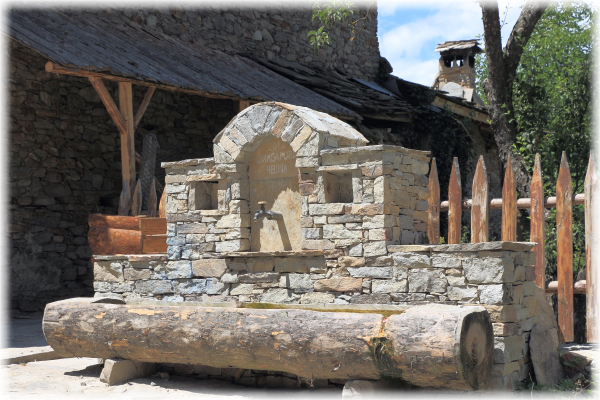 The rapid expansion of the village has been helped by very important factors such as the abundance of drinking water (over 15 springs and 12 fountains), mild climate, vast pastures, rich nature full of wild herbs and fruits – strawberries, raspberries, blackberries, rosehips, hazelnuts, cranberries, oregano, elder and many others.

The terraced fields, meadows and orchards that also exist today, made the land attractive to new settlers. So in 1791 a new migration wave of Bulgarians from as far as Western Macedonia found their Promised Land in Kovachevitsa, and settled in the lower western part of the village.